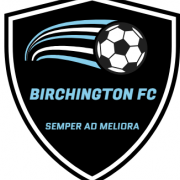 By Birchington FC,
December 6, 2018 in Introduce Yourself

This topic is now archived and is closed to further replies.